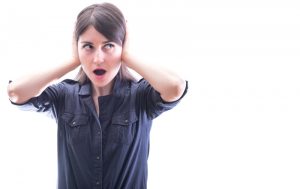 Water hammer—it’s an intimidating name. But it’s appropriate, because the sound that water hammer makes in your plumbing can be quite intimidating. It’s the sound of a shockwave going through the pipes, an alarming thump! noise as if someone took a hammer to the piping. Water hammer has sometimes made people believe ghosts were behind the activity. The reality is much less spooky, but it’s something that requires attention from plumbers.

Just What Is Water Hammer?

The term water hammer is often incorrectly used to refer to any noises coming from plumbing pipes, such as rattling. But it refers to a specific noise coming from the abrupt stopping of fast-moving water in the pipes.

When you shut off any tap or faucet in your home, it stops the flow of water to the tap. Because of air cushions inside the plumbing, the force of the stopping water is absorbed. But if the plumbing pipes were poorly installed or have lost their air cushions for other reasons, the shockwave from the water has nothing to absorb it. The wave strikes with enough force to create the startling water hammer sound.

If your home has always had a problem with water hammer, it’s possible the plumbing was simply installed badly in the first place. If you only started to hear water hammer recently, the reason is probably that the air chambers have become waterlogged and need to be restored. Another cause, and one that’s more serious for all of the plumbing, is that scale or minerals are not allowing the air chambers to drain properly. This is why older pipes may begin to suffer from water hammer—they’ve got too much damage from scale build-up.

Is Water Hammer a Problem?

Aside from the noise? Yes, it is. These shockwaves aren’t supposed to be hitting the pipes with such force. Water hammer can damage taps, faucets, and especially appliances attached to the plumbing. It can also lead to breaks at fittings and even burst pipes. Be thankful for those startling sounds; they’re telling you the plumbing has a problem.

For plumbing that wasn’t installed correctly so there are no air cushions, you may need to have a plumber install a pressure-reducing valve for the house. Dropping the water pressure can relieve the troubles of the force of water hammer. The plumber may also advise you have pipe replacement done for parts that were particularly poorly installed.

In cases of soggy air chambers, a professional plumber can quickly restore the air cushions in the pipes. If the trouble comes from scale and deposits, the plumber can clear these out to allow the air chambers to drain properly. If you have too much scale, however, a plumber will recommend you look into installing a water softener to reduce scale issues throughout the plumbing.

When you have water hammer affecting your plumbing in Tustin, CA, you can trust our plumbers to find out exactly what’s going on and what needs fixing.

Saddleback Plumbing has proudly served Orange County since 1981. Schedule service for your plumbing with our team.