How Zone Control Works in an Air Conditioner 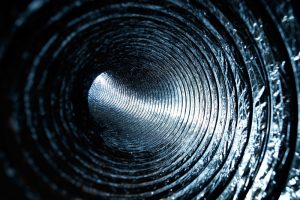 Here’s the standard way central air conditioners all used to work: the air conditioned by the evaporator coil is pushed into the ventilation system by the blower fan in the air handler, sending the air to every vent in the house. On the surface, this sounds like exactly what a central AC is supposed to do.

But consider this comparison: what if you turned on one light switch in your house, and instead of a single light coming on, all the lights in the house came on? That’s incredibly wasteful of energy. But this isn’t much different than turning on the air conditioner and having cooled air sent to every room, even if those rooms don’t need cooling because no one is in them.

This is where zone control HVAC systems make the difference. Zone control divides a house into different “zones” that can be cooled separately from the others. For example, there’s no need to cool empty bedrooms when everyone is gathered downstairs.

The Workings of Zone Control

If you read the above and immediately thought you could have zone control in your house by shutting the vents in certain rooms—well, that’s not how it works. Zone controls do use dampers inside the ductwork to block air movement, but those dampers work in connection with variable speed compressors and fans in the air conditioner and various satellite thermostats around the house. This allows for proper air distribution without creating pressure spikes in the HVAC system, which is what blocking vents will do.

When an air conditioning system with zone control turns on, it checks on the different thermostats located in each of the zones to see which ones are requesting cooling. There’s also a central thermostat which can override the zone thermostats to control cooling around the house. Dampers in the ductwork open to the rooms with cooling requests, and the variable speed fan and compressor in the air conditioner operate at the power necessary to deliver cooling to these rooms.

When the zones stop requesting cooling, either because the thermostats sensed the temperature goal was met or someone adjusted the thermostats, their dampers close and dampers to other areas open to prevent an air pressure spike. The AC adjusts the blower and compressor to meet the lower demand.

Although it’s possible for a current HVAC system to be retrofit for zone controls, it’s much easier to have zone controls made into part of a new HVAC installation. That way the installers can put in the right type of variable speed high-efficiency AC and thermostats to allow for the best use of zoning. Ideally, zone control allows a household to cut down significantly on energy bills because the AC will only work hard enough to supply air to the rooms that need it, rather than working at maximum power to send air to every room, regardless of whether it’s occupied or not.

Saddleback Plumbing has served Orange County since 1981. Talk to us today for upgrades to your air conditioning system.