Coronavirus Update: We care about your health and continue to service our customers safely. Read More

How Can I Stop Paying So Much For Heating This Year?

We’ve started to have our first brushes with colder autumn weather, and even some rainfall. Although we don’t have to deal with the full chill of winter that strikes many other parts of the country, we still need our heating systems to run at key times. And wouldn’t it be great if we didn’t have to pay for the occasional heat we need?

Of course, this is impossible. Heat is a form of energy, and powering a gas or electric heating system costs money. If you dread having to use your heater each winter because you don’t like what it does to your utility bills, we have some potentially good news: you might be paying more each year than necessary. Because Southern California residents aren’t as used to running central heating systems, they often make errors that lead to higher costs.

In this post, we will look at several ways you can curb heating costs—both small tips as well as bigger jobs that our professionals can help you with.

END_OF_DOCUMENT_TOKEN_TO_BE_REPLACED

Tags: Heating Maintenance, Heating Repair, Irvine
Posted in Heating | Comments Off on How Can I Stop Paying So Much For Heating This Year?

Does Your Water Main Need Repairs? These Signs Can Tell You

Without a water main, you don’t have a working plumbing system. Plumbing requires water, after all. If the water main to your house becomes damaged because of age, corrosion, tree roots, earthquakes, construction, or clogs, you may soon have no freshwater in your house at all. Not a good time!

Handling repairs for a home’s water main is a major job for your plumbing in Irvine, CA, but you can relax when you know you’ve got a team like the one at Saddleback ready to help you. We offer fast and effective repair service for water mains and sewer lines. To help you know when to call us for assistance, look over this list of signs of a water main in jeopardy.

END_OF_DOCUMENT_TOKEN_TO_BE_REPLACED

Tags: Irvine, Plumbing Repair, Water Main Repair
Posted in Plumbing | Comments Off on Does Your Water Main Need Repairs? These Signs Can Tell You

But water leaking out of your air conditioner? You might not have thought about that occurring. Yet you can see the water starting to puddle around the inside cabinet of your central AC. Why is this happening? Where is the water coming from? Do you need it repaired?

We’re going to look at why water might start to leak from your air conditioner and what to do about it. In most cases, you’ll need professional air conditioning repair in Irvine, CA. Our team is here, ready to help you solve whatever cooling system troubles you have.

END_OF_DOCUMENT_TOKEN_TO_BE_REPLACED

An AC That Isn’t Cooling Enough? Here’s What Might Be Happening

The temperatures are warming up, summer is almost here … and your air conditioning system is already disappointing you.

You don’t want to go through the summer with an air conditioner that is struggling to keep up with the heat. If you’ve noticed that it’s taking too long for the AC to deliver the comfort you want, or the AC isn’t getting the house to its regular level of cooling, you may need to look into air conditioning repair in Irvine, CA from our pros.

There may be a simple explanation, so we’re going to climb a ladder of possibilities, from the simplest to the most complex, to see what’s causing the AC’s capacity problem.

END_OF_DOCUMENT_TOKEN_TO_BE_REPLACED

How We Can Make Your Allergy Season Less … Sneezy

The break between winter weather and spring weather isn’t a sharp one in Southern California, at least not as sharp as in other parts of the country. But there is a change, and the warmer weather is enough to start the spring bloom in plants. Nice as the warmer temperatures are, that plant bloom brings something else with it that isn’t as nice—allergy season.

If you have sensitive allergies or asthma problems, then spring can often be unpleasant. Spring allergies can bring sneezing, coughing, watery and itchy eyes, dry itchy skin, headaches, nausea, and asthma. Many spring allergies resemble the flu or the common cold. The source of many of these problems is tree and grass pollen, and it can be hard to get away from them, even in your house.

There are several medical ways to alleviate the problems of allergy season. But we can offer you indoor air quality solutions to lessen allergy season. You only need to call us and we can find the best way to help.

END_OF_DOCUMENT_TOKEN_TO_BE_REPLACED

I Have Hot Water in My Home—But Not in the Shower!

Waking up to a cold shower in the morning: that’s one of the day-to-day nightmares we’re all afraid of. And even during a mild Southern California winter, the idea of having to get through the morning after you face a surprise cold shower, or even a lukewarm one, is a pretty unpleasant one.

Usually, when people think of their shower losing its hot water, they connect it with a loss of hot water to the entire house. If you have a shower that isn’t warming up or won’t warm up at all, you’ll probably first make the assumption that something has gone wrong with the household water heater. Often, this is the problem and you’ll need to call technicians to fix it.

But what if only one shower has lost hot water? If you find that you’re still getting enough hot water at other taps, what has happened to the shower?

There are several possibilities, and you’ll probably need to call for professional plumbing in Irvine, CA, not to fix the water heater but to fix the shower’s plumbing.

The Broken/Worn Down Mixing Valve

What’s most likely happening is a problem with the shower’s mixing valve. The mixing valve is a control valve that creates the balance in the flow of water from the hot water line and the cold water line and blends the two together for your desired shower temperature. This valve can wear down over time or even break, and no fiddling around with the shower handles will be able to provide the right hot-cold mix.

You can’t see the mixing valve because it’s set behind the shower wall among the pipes, and we don’t recommend you try to access it by dismantling the faucet handle or anything else that requires you to take out wrenches and other tools. This repair requires professionals, who may need to replace the entire mixing valve.

You may have a device inside installed into your showerhead designed to prevent a surge of extremely hot water from creating a scalding hazard. This anti-scald device, also called a “hot limit stop” or “rotational limit stop,” is found in many modern faucets, and if it is set too high or it breaks, it may prevent almost any hot water from coming through the showerhead. The showerhead will need to be dismantled to fix or reset it. We recommend calling a plumbing technician to do this, since making an error with this device can create a scalding hazard, and not all showerheads come with this device.

There are a few other, less common possibilities, such as a broken cartridge in a point-of-use filtration system or cross-connected pipes. It’s best not to guess at what could be wrong, however. If you want your hot shower back as fast as possible, the quickest route is to call us and schedule plumbing service. Going DIY with your plumbing in general, and any plumbing connected to your hot water supply specifically, is a bad idea!

Tags: Bathtub and Shower Plumbing, Irvine, Plumbing Repairs
Posted in Plumbing | Comments Off on I Have Hot Water in My Home—But Not in the Shower!

How a Professional Cleans Drains and Clears Drain Clogs

Drain clogs are one of the most common plumbing problems homeowners face. They’re “ordinary” in the worst way—they crop up often and can bring daily activities to a halt until resolved.

The standard way to zap a clog is with a sink plunger. A hand-cranked drain auger (a.k.a. drain snake) is another option that can work in some cases. A third choice many homeowners make is to pour a bottle of “drain cleaner” into the drain to eat away at the blockage. No matter what the labels on these bottles of drain cleaners promise, they are terrible for drains and for you. When you need a third option to clean a drain and clear a clog, call a plumbing technician in Irvine, CA.

END_OF_DOCUMENT_TOKEN_TO_BE_REPLACED

Tags: Drain Cleaning, Irvine
Posted in Drain and Sewer | Comments Off on How a Professional Cleans Drains and Clears Drain Clogs

No matter what climate you live in, the clogged air filter in the HVAC system is a major problem. Here in Orange County, our heating systems don’t put in a huge amount of work, but you’ve probably had yours running regularly over the last few weeks when night and morning temperatures dropped into the high 40s. You’ll likely have reason to turn the AC on again before the winter is over—that’s just how our climate works.

No matter if you have the air conditioner, the heater, or just the central fan of the HVAC system running, you’ll need to pay attention to the HVAC filter and have it changed routinely to avoid having it become clogged. This is a basic part of HVAC maintenance in Irvine, CA—one of the few parts of maintenance you can do on your own. We recommend checking on the filter once a month. You’ll know it’s too clogged if you hold it up to the light and the filter blocks out the light. Expect to change the filter every one to three months.

END_OF_DOCUMENT_TOKEN_TO_BE_REPLACED

Some Facts to Know About a Heat Pump Installation

A new heating installation in Irvine, CA usually isn’t a big moment—and that’s because homeowners rarely think about heating systems in the mild winter climates of Southern California. However, any HVAC installation is important, and we recommend you give some serious thought to what type of heater you have in your house. If you’ve come to the point where you’re certain it’s time to put in a new heating system, one of the best options available in our climate is a heat pump.

Heat pumps are different from most standard heaters, such as furnaces and boilers, so to help you out with a heat pump installation, we’ve listed some vital facts about what to expect from a heat pump.

END_OF_DOCUMENT_TOKEN_TO_BE_REPLACED 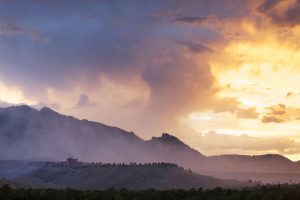 We often do a post at this time of year to caution people about the potential effects of wildfires during this season in indoor air quality in Irvine, CA. It’s different this time, because California is already in the midst of major wildfires across the state. Although Orange County isn’t dealing with a specific wildfire now, trouble with air quality will spread through large parts of the state, and more fires are always a possibility we need to be aware of. END_OF_DOCUMENT_TOKEN_TO_BE_REPLACED